Sitting on a bluff top overlooking the ocean, this former 1940s Army barracks is an absolute gem of a project that the community of Solana Beach worked hard to make happen. As a collaborative effort of community fundraising, contributions from the City of Solana Beach, Americans with Disabilities Act (ADA) funds, and pro bono design services by local architect, Stephen Dalton, the Fletcher Cove Community Center project came to exemplify civic participation at its grassroots best. Keeping the same small footprint as the original building, the Fletcher Cove Community Center retains a certain modesty that lends itself to respect for the ocean, and the surrounding topography that make this site unique.  As well, it creates space–something those of us once knew before the advent of zero-lot-line development practices in recent decades.  With ADA compliance and environmental stewardship as programmatic directives paramount to this project (LEED silver was the target rating applied for with the US Green Building Council), the Fletcher Cove Community Center is a poetic lesson in vernacular and literal interpretations of its context–in addition to its cultures, past and present. This is reflected in details as subtle as its azure blue hue, and as emphatic as its wave action roof line. Additionally, by exposing the structure, the community center becomes an educational tool, in that it simplifies the understanding of the space and how it works; while formal simplicity is maintained by its shotgun-shack-aspect-ratio, and the porosity of window and door apertures that blur the boundary between indoors and out.

During World War II, soldiers were billeted in what is now the Fletcher Cove Community Center. And it was also, from the early 1940s to the mid ‘50s, the court house for all of San Dieguito.  Locally famous Judge Thomas McLoughlin, “Judge Tom”, was so hard on lawbreakers that the court he held there every Monday was described by a local newspaper, the San Dieguito Citizen, as “the terror of the county.”

The wartime soldiers billeted at the Community Center were watching for invading Japanese submarines. They watched from a concrete tower called a “pillbox” on the bluffs above Fletcher Cove. There were pillboxes at strategic spots all along the coast then, each holding heavy artillery guns pointing out to sea. 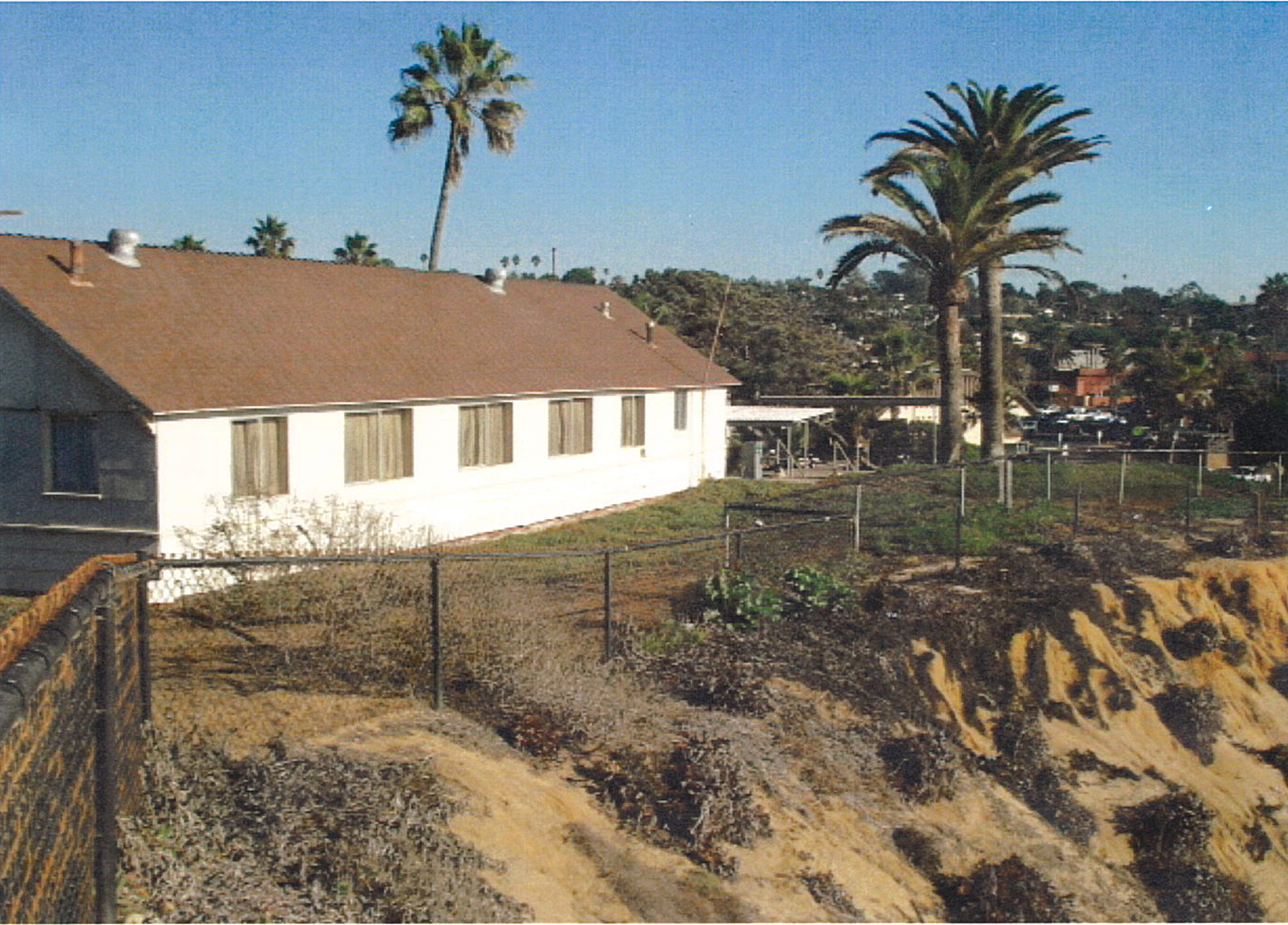 One of the fanciest weddings Richard Wahl ever saw took place at the Fletcher Cove Community Center. “At one point they released about a thousand Monarch butterflies,” he said.

Back to Historical Places